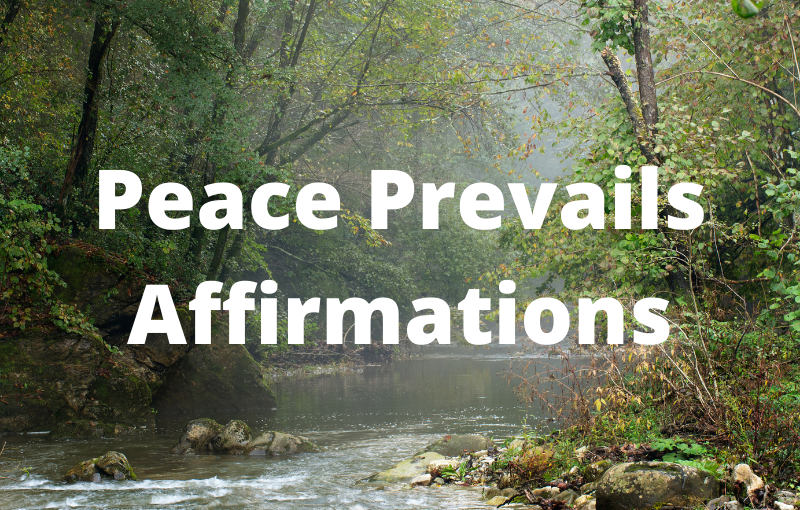 I’m harping a bit on peace lately, my friends. I hope you’ll excuse me. I’m simply troubled by the fact that at a time when humanity could and should be peacefully prospering on this planet and aspiring to new things beyond, we keep coming back around to low-vibration energies such as fear, anger, violence, and tribal behavior.

It is my firm conviction that humanity’s destiny is peace within us and among and and a civilization ready to take its rightful place among the stars.

While a quick perusal of the headlines may make my dream seem Pollyannic, I firmly believe this is what we’re capable of achieving. The next question is always how.

It’s not a secret. The great sages across time and space of given us all the clues we need to get there. It begins with ending the war within, continues with ceasing to spread the war outside of us, and I’d add it is completed by reaching a critical mass of people who cannot imagine living in any other way.

These affirmations are meant to start at that place within, where the first battle must be won, if it is to be won at all.

Be peaceful, my friends, and prosperous. In case no one has reminded you today, you are awesome. Be sure to bookmark it and return often when you need a little boost of peace.

Something will decide you. Let it be love, compassion, and peace.

If you allow the anger and the vitriol to win, you eventually become filled with it.

If you allow “Us” vs. “Them” to triumph, we’ll wind up with an unhappy cinder of a world.

Be open to change. Be open to new ideas. It’s the way of our Universe. Nothing, nothing, stays the same forever. Stopping change is impossible. We can only hope to mold it into something more productive and that helps more people.

A really famous guy counseled to walk a mile in the other person’s shoes today. If you do, I promise, you’ll find a sympathetic figure wanting most of the same things you want. If one mile doesn’t get tou there, walk two. If you’re still angry at the person, you haven’t walked far enough.

The sky is a big place for a narrow mind and a closed heart. Let yours be opened from horizon to horizon. See with new eyes.

Yes, something will decide you. Let it be love, compassion, and peace. 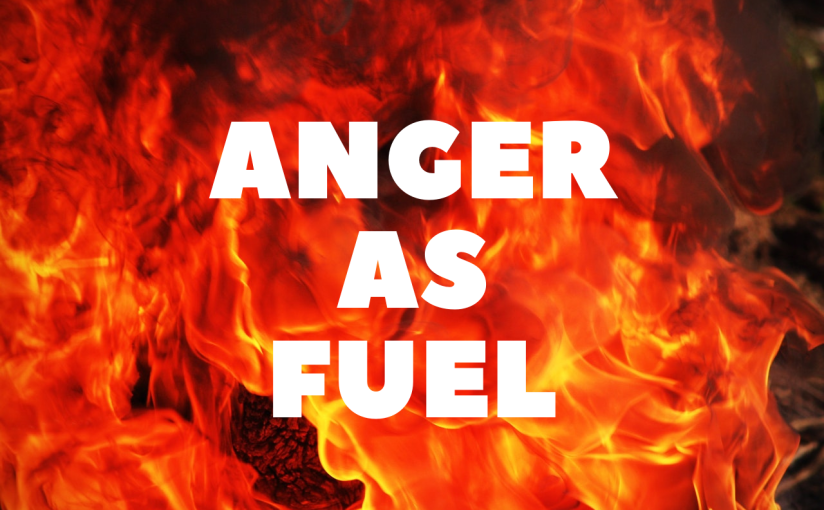 Anger fuels a moment, but it cannot fuel a life. Anger a lot like battery acid. Battery acid can power a car, but it also eventually corrodes everything it contacts.

Everyone, everyone, is entitled to their moments of justified anger. In fact, it’s rather destructive not to let yourself feel those feelings when they’re appropriate.

However, don’t kid yourself. You’re playing with fire in your life if you let anger become you. We live in a universe where like becomes like. A mind and a heart constantly filled with anger soon becomes anger and that corrosion of a life, of a nation, of a world sets in.

At some point, the anger must be converted into a productive energy that can bring real change. A world shifted only by anger simply becomes a new kind of angry world. It cannot help but become it.

Just in case no one else has reminded you today, you are AWESOME!

Here are some affirmations to help us embody the world we want.

They called World War I “the war to end all wars.” This was a wrong-headed idea from the beginning. War can never and will never end war. One hundred years later our civilization still buys into the idea that conflict can end conflict. Time and again, this premise has been demonstrated to be false. Yet, we’re still at it.

The truth has forever stared us in the face. Buddha said it 2500 years ago.”For hatred never ceases by hatred. Hatred ceases by love.”

Five hundred years later Jesus counseled, “You have heard that it was said, ‘Love your neighbor and hate your enemy.’ But I tell you, love your enemies and pray for those who persecute you…”

President Kennedy made a bold and insightful statement nearly 60 years ago. Never has it been more apt than right now. “Mankind must put and end to war or war will put an end to mankind.”

We’ve talked multiple times during our journey together about the need for an empowering foundation and a nourishing environment. War, hatred, and violence are the antithesis of that environment. So, issues of war and peace are fundamental to any personal development we hope to pursue.

Our society is the result of the cumulative thinking of us all. If we have perpetual war, it’s because that’s the mindset that dominates our consciousness as a whole.

Understanding the beneficial nature of peace to our own development, it behooves us to break the conditioning and become tireless advocates for peace and the changed mindsets that can support it.

A peaceful world is more than a nice aspiration. It’s now a prerequisite for human survival and our next steps out into the galaxy. Let us all strive to create a peace to end all wars because that’s all that ever will.

In case no one else reminded you today, you’re awesome!

One of the most prolific inspiring quotes in the world today is Mahatma Gandhi’s famous admonitions, “Be the change you want to see in the world.”

Here are five affirmations that inspire you to be that change every day.

If not you and me, then who?

Just in case no one reminded you today, you are AWESOME!