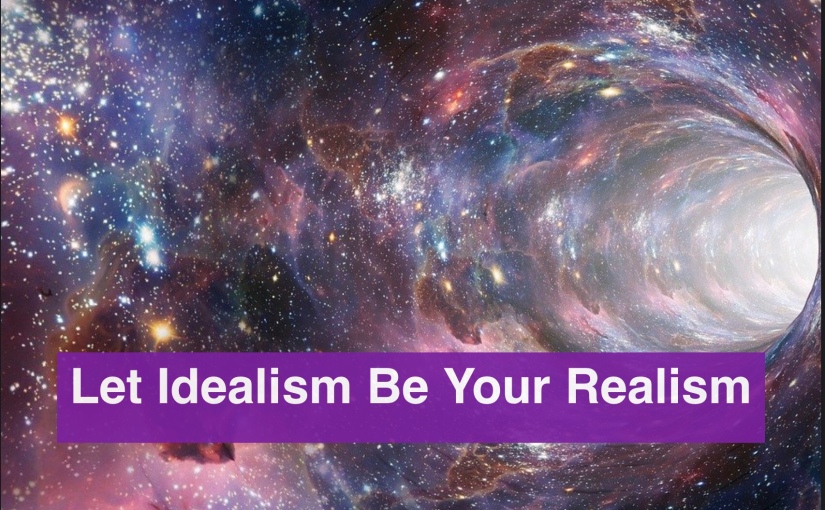 “Realism” is too often used as an excuse for dashing hope, giving new things a try, or seeing a better world or a better you is even possible.

Have you ever noticed that being realistic is never aimed in positive direction? No one ever says they’re being realistic by expecting good things to happen or the world to become a better place.

No, realism, in it’s most common use, is a wet blanket, a limiter, a euphemism for closet negativity.

If being realistic was the standard, what great thing ever would have been tried much less achieved?

So, I don’t buy it. When I hear someone pull out the realism card, I just hear someone ceding to the status quo, giving up without trying, and hoping they can convince others to remain hopeless and mediocre along with them.

I say to you. Let idealism be your realism. Never become such an “adult” that you stop seeing and striving for big possibilities. The truth is the realistic status quo we live in just isn’t good enough. It just doesn’t ensure the freedom, security, and basic needs of enough people on this planet. It doesn’t point us to the stars or to higher spiritual achievement.

Let’s choose to become totally unrealistic. Let’s bust the ceilings, break the barriers, and open the doors to a new day for human beings and all living creatures on our planet. Sure, there’ll be naysayers. So what? So what?

You may remember earlier in our journey we discussed how there are no dumb questions. Today I want to expand on that and encourage you to ask bigger and better questions.

Lives and civilizations thrive or fail based on the size and the quality of the questions they ask. If you want to profoundly shift your life, you’ve got to be willing to put everything on the table in your evaluation of it. The questions you asked or never asked, that created your current life are not big enough or smart enough to create the next better version of you,

“OK. Makes sense,” you might say, “but how do I ask bigger, better questions?”

By doing this, you’ll find that the questions you ask as you move through life each day will shift from:

Just in case no one else reminds you today, you are AWESOME! 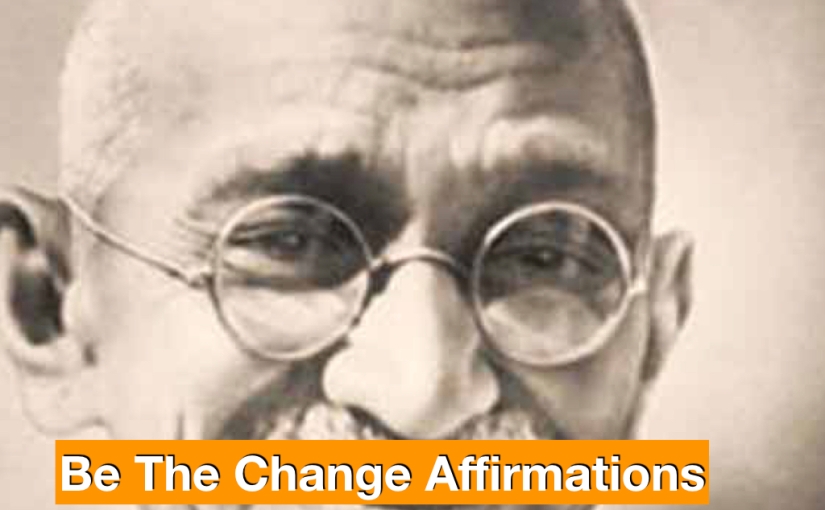 One of the most prolific inspiring quotes in the world today is Mahatma Gandhi’s famous admonitions, “Be the change you want to see in the world.”

Here are five affirmations that inspire you to be that change every day.

If not you and me, then who?

Just in case no one reminded you today, you are AWESOME!

We must break our habitual thinking and learn to see life with fresh eyes each day.

If you get up every day and think the same thoughts you thought yesterday and the day before that, what’s the point? If you’re not changing your mind once in a while, you’re not growing, you’re not learning, you’re just stuck.

Now you might be thinking, “Hey, wait a minute. There are timeless beliefs and ideals that I don’t want to change.”

Fair enough. I will guarantee you (and me), though that there are thoughts you’ve thought for decades that harm you or harm others, that limit you or limit others, that include some people and exclude others.

Who are your thoughts harming? Who are they limiting? Who are they excluding? What have you deemed impossible because that’s what you’ve always thought? What are you missing because you’ve closed yourself off to different possibilities because you’re afraid of the cognitive dissonance carnage that might result from challenging your old ideas?

Some of these thoughts you’ve wanted to jettison for a long time, but they’re comfort food for the mind. They feel safe and sure and consistent.

You’re going to wake up tomorrow morning and every fiber of your being is going to want to slice into seeing the world you’ve always seen. What if…what if tomorrow you change your mind and see it with new eyes?

In case no one else has reminded you today, you ARE awesome! 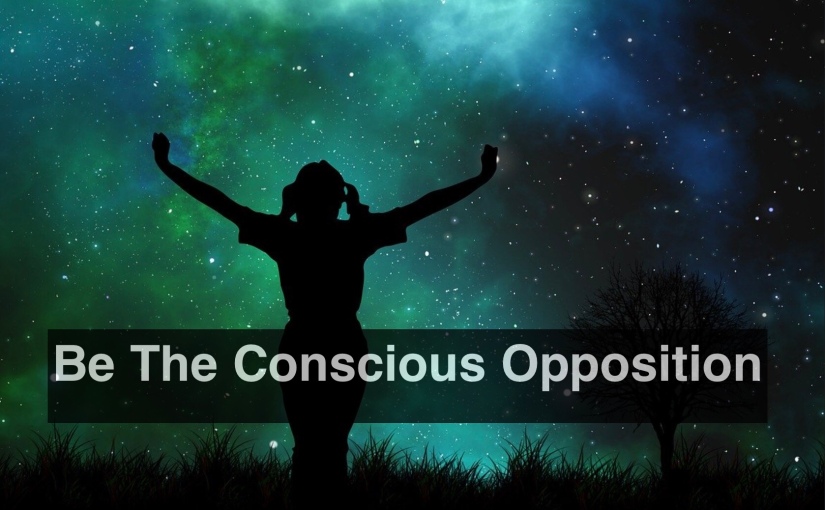 Even in the face of a world run on negativity, I am a conscious light for the change that can be,

Fear, division, anger, blame, tribalism. Observe traditional media, social media, or pop culture for 15 minutes and you’ll find it teeming with these mindsets. You couldn’t, if you tried, create a list of characteristics more destructive to the human hearts and human aspirations than these. Yet, this is mental bath we’re all bathing in daily, if we’re not conscious.

These values will win the day and win in your life unless you raise the vibration of your thinking and boost your immunity to them. What our world desperately needs is a conscious opposition, a conscious counterculture.

Where fear rules, sow love. Where division and tribalism are winning, practice unity. When the world preaches anger and vengeance, be the lone voice, if necessary, for peace and understanding. In a culture of blame, stand for accountability and personal responsibility.

The way to change the prevailing culture is not to match anger with anger or to checkout to your personal Nirvana. Be the embodiment of higher vibration through active engagement with this world.

How? Here are some practical ways to be part of the conscious opposition in your daily life.

We are not stuck on an unalterable path. The world can change, if you and I are willing to be the example of the world that can be,

In case no one else reminded you today, YOU are awesome!

Open hearts open minds. Open minds open everything else. It’s virtually impossible to create a better version of you or a better world with a closed mind or a closed heart.

Change, by definition, is about openness to new ideas and new possibilities. It’s not as if you live in a universe that gives you a choice. That universe is in constant motion whether you are or not.

Setting your feet in cemented ideas may feel safe and it may feel strong, but at the end of the day, you spend all your energy trying to stay in place against the current of change.

Now, of course not all change is automatically positive. Fortunately, you are a powerful creator able to shape the change that flows through your life and into the world.

Here are some quotes and #RayQuotes to inspire you to be more open, receptive, and co-creative in this ever-changing world.

ANYTHING is possible for determined minds and open hearts.

Minds are like parachutes. They only function when they are open. -Sir James Dewar

What the world needs is Paul Reveres sounding the alarm to the closed hearts and minds everywhere that it’s time to open.

Let us open our minds to see beyond the problems of the moment and envision possibilities inherent in our vast Universe.

Free hearts and open open minds the world over are saying, “Enough”. The few must no longer rule the many.

What good is an open society, if it is filled with closed minds? Let’s create a world where open minds embrace open society.

In case no one else has told you today, you ARE amazing!