Ray discusses how a post-pandemic recession is being sold to you right now. He explains why he doesn’t believe it’s inevitable. He closes with an affirmation to recession-proof your mindset. 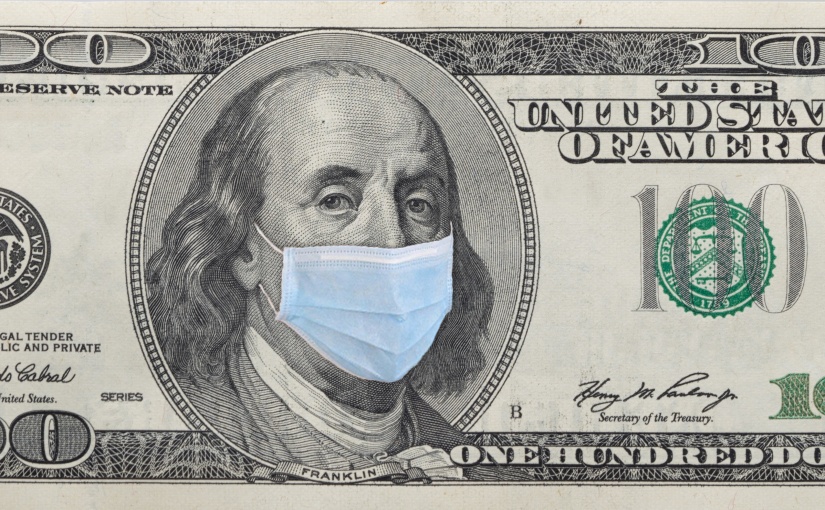 Bloomberg posted and article today with an expert concluding that a recession is an absolute certainty post-virus.

There’s something we ALL need to remember when we emerge from this. They are going to sell you recession and depression. Most people think these are economic events. THEY ARE NOT. They are psychological events. Recessions and depressions happen when people believe they’re going to happen (often after they’ve been told they’re happening) and everyone starts acting it out. Business and people pull back. The pandemic is bad enough. We don’t need to double our pleasure by believing in a massive economic downturn after it.

For better or worse, the federal government is flooding business with money. Hopefully, this next round will actually get to the people who need it. There’s likely more direct aid on the way for individuals.

Together, we can beat the virus and stave off the naysayers who predict economic doom after this.

Here are some #Rayquotes and affirmations for preparing your mindset to avoid recession.

Just a reminder in case no one has told you today, you are awesome!

Make the changes you seek in your life. Sample and download these affirmations. 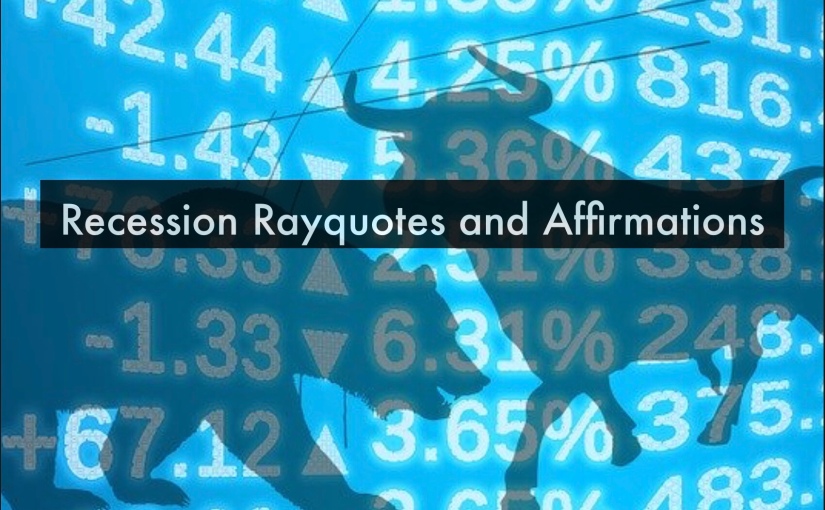 Financial markets are always really mental markets. With the current spread of COVID-19, markets have lost their minds. Keep yours!

Recessions are mental events more than financial events. There is only recession once the thought was planted.

A recession begins the moment people start believing in it and ends the moment they stop.

A recession is when authoritative figures shout fire in a crowded theater and then scoop up your abandoned popcorn cheap.

Recessions are completely based on beliefs. The thought for a recession is planted in the mass consciousness. People and companies start acting fearfully like there’s a recession and then you get the actual recession. It’s mindset not finances.

My personal economy is robust and resilient!

My talents and skills make me recession-proof!

I refuse to participate in a recession mindset.

I’m so busy prospering I don’t have time for recession in my life!

My personal economy is booming. My mind is expanding and so are my opportunities! 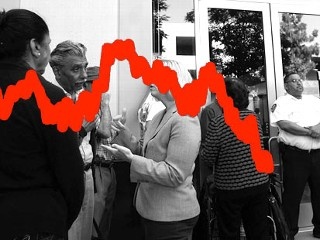 Even in the face of great difficulty we have within us an ability cope, overcome, and succeed.

I’ve written a number of articles recently about going beyond positive thinking and happy thoughts on to empowered thinking. Empowered thinking includes being informed among its three elements. Being informed is about honestly assessing a situation – not candy-coating it – so that you can make sound decisions and take strong actions to deal with it.

We are quickly approaching a moment when being informed means looking honestly at the economic situation we are facing and recognizing that we must engage the other two aspects of empowered thinking – positive thinking and committed action.

This evening a Wall Street Journal article declared the current financial crisis the worst since the 1930s. While the signs of trouble have been apparent for a couple of years, such statements can no longer be considered hyperbole against the backdrop of recent events.

All of this and our “leaders” still can’t bring themselves to even utter the word “recession”. The two major party presidential candidates Barack Obama and John McCain – awash in money and influence from Wall Street firms – are trying to “get their messages right” on the economy. They want to put the best face on it or make sure that the other side gets the blame for it.

The bottom line is that the people we elected to protect our interests have not done so. Companies we trusted to be responsible with our savings and our investments have not so either. And, we have all been guilty of thinking that perpetually rising home values and easy credit are a norm.

Let me be clear. Wall Street turned into Las Vegas over the past few years while both parties in Washington turned a blind eye and even poured gas on the fire. Bluntly, Wall Street bet our collective house and lost. Now they are coming to the government (the American taxpayer) and saying, “You have to save us because the whole ship will sink, if you don’t”.

Some in Congress are finally responding against the move by the Treasury Department and The Federal Reserve to rescue the financial giants. That is a good, if belated, thing. After all, The US Constitution clearly gives only Congress the power to appropriate government funds. Here we have the executive branch and the central bank overstepping their Constitutional authority. Congress needs to act and act swiftly to stop these actions.

What We Can Do

We may be in for some stormy seas in the short term. The key is that with empowered thinking – positive thinking, being informed, and taking committed action – we can change course and push towards a better future for us all.
Stay inspired!
Ray