The late Carl Sagan became a household name in the 1980s with his PBS series Cosmos. Johnny Carson made his “billions and billions” catchphrase famous. He wrote the book – Contact – that became my all-time favorite movie. He recorded the greeting from humanity on the gold record placed aboard the Voyager 2 spacecraft that now soars through interstellar space on a rendezvous with Alpha Centauri in 40,000 years or so.

Sagan was a man of science who understood the value of spirit as well. Picking from his many amazing quotes is a challenge. Here are four I hope will inspire your day. 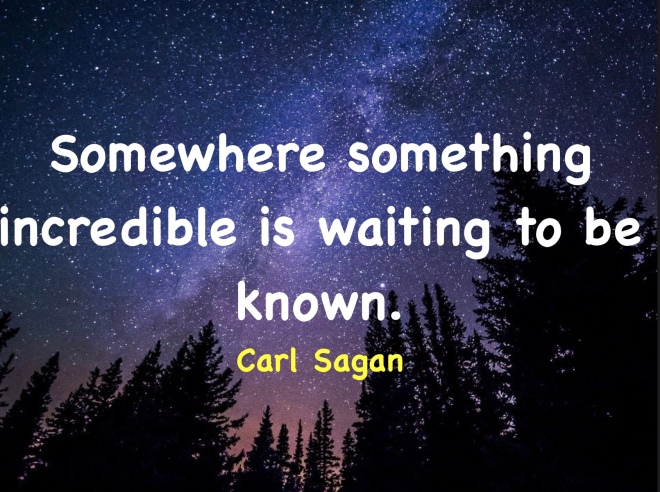