Ugly. That’s how I’d describe my first time picking up and shooting a basketball in three years. Don’t get me wrong. It was lovely Summer day with a nice dose of heat and enough wind to keep it bearable.

My shot? Not so much. Back in Framingham, we had a Lifetime gym membership for about 18 months from 2016-2017. April would do her classes. I’d lift a little and then shoot baskets.

This went on for about three months. I’d gotten back into decent basketball shape for 50+ and my shot was better than ever. One night the 20 and 30-somethings playing full court in the other half of the gym needed a 10th.
I played Ok and started getting asked to play more often. Then we decided to cancel the gym membership and I hadn’t picked up basketball in over three years except to move it from one house to another.

So, I’ll be kind to myself. It was pretty windy today and by the end, there were a couple shots that felt good. So, even though ugly was the overriding word of the day, promising was the final word.

Basketball was once a very important part of my life. It was my favorite sport to play growing up and I hope I’ll be able to share the game with my grandkids. Just need to get that shot back first.

Hope you’re having an amazing Sunday. I know our lives aren’t what any of us want right now, but there’s joy, opportunity, and peace to be found even in these moments.

Today we buried my father-in-law. He was a good man who, despite his many challenges, always brought a smile to other peoples’ faces. As I said my final goodbyes to him, my grandmother’s words came back to me. In fact, they took on a new and more profound meaning.

Sure, there’s the plain meaning of eat the chocolate cake before the meal. Who can argue with the wisdom of that?

What, though, if dessert is a metaphor for all the good and important things in life? What if eating your dessert first means spending the time now with the people you love? What if it means to stop putting off your most important goals and dreams? What if means to stop denying yourself meaningful experiences because you don’t have time or they cost too much? EAT YOUR DESSERT FIRST!

One day each of us will lay in that box with our friends and loved ones looking over us to say their goodbyes. Will your belly be full of all life’s mundane necessities or will your face be smeared with the chocolate frosting of a life well-lived? You’re making that decision now with every choice you make.

Hey, just in case no one else has reminded you today, you are awesome!

Have a great evening, my friends.

Do you remember when you were a kid picking teams for a game in gym class? Imagine the game is tug of war. You’ve been selected as one of the captains. It’s 10 kids to a team, but you have 30 kids in your class. The other captain and you each pick your team of 10 and 10 kids are left out.

You line, grab the rope, and begin pulling. After a few seconds, the gym teacher tells two of the kids sitting out to join the other team. With the added help, they begin to pull your team toward defeat, but your team is tough and you manage to regain your footing and hold your ground.

Now I want you to think about your life and your dreams. You are the captain of two tug of war teams – Team Dream and Team Doubt. These teams aren’t made of people. They’re comprised of your thoughts and feelings. They’re locked in an eternal struggle for the outcome of your dreams.

You begin the match with belief, confidence, action, determination, and vision on Team Dream. You start pulling and you’re starting to win, but it’s not happening as fast as you imagined. You start to feel the doubt creeping in and add a couple of new members to Team Doubt – “What if I’m not good enough?” “This is how things always go for me.”

You start to lose ground and you add a couple more members to Team Doubt. “Why can’t I win just this once?” “This isn’t fair.”

This process continues until your doubts drag your dream mercilessly through the mud. You’d like to jump up and scream, “That wasn’t fair,” but you did it to yourself.

Some of the biggest doubts are what I’d term the journalist questions – who, what, where, when, and why, and how. It’s normal to wonder these things, but because you don’t have ready answers they all produce doubt.

You know you want to be a rock star, but you don’t have an answer to all the journalist questions. How do you proceed? STAY GENERAL and AVOID SPECIFICS. I know this sounds counterintuitive to your western-trained mind. Specifics become blockers and doubts. You get caught up in who, what, where, when, why, and how and you lose sight of and energy toward the goal.

Instead, simply hold the vision of the goal, line up the empowering thoughts, feelings, and actions and let God or the Universe handle the details. As you move along with this positive force toward your goal, the people, places, and situations you need will appear. Trust and allow. You don’t have to release every last bit of doubt. That wouldn’t be human. You simply need to give your positive energy the advantage in the tug of war.

As you release the energy of doubt and resistance, it’s like dropping weights from a hot air balloon, you’ll begin to rise. The more resistance you drop, the faster you’ll ascend.

When it comes to the tug of war for your dreams, simply stop putting members on Team Doubt.

Thank you all for reading and for the amazing support you’ve shown this blog this year. I’m grateful that you spend valuable time from your day here.

You’re busy. You’re tough. You’ll just make it through the day on grit. You’ll put your family’s needs, your friends needs, your company’s needs before yours.

All of these are noble and needed sometimes. Sacrifice of your selfish ends for the greater good makes you the special person you are.

Here’s the rub. When you do that day after day, month after month, year after year; you lose perspective on the unequivocal fact that you’re only as good to others as you are to you.

You’ve got to stop skipping self-care and you’ve got to do it for yourself and for all those other people who rely on you. Some of these, honestly, I need to get better at too.

Here are some things you should take the time or make the time to do every morning to ready yourself for the day, for the service you render to others, for your goals and dreams.

It might seem like all of this will take too much time. By making the time for you a priority, you actually create a You with more to give than ever before.

Do you! Everyone else, as Oscar Wilde said, is taken. 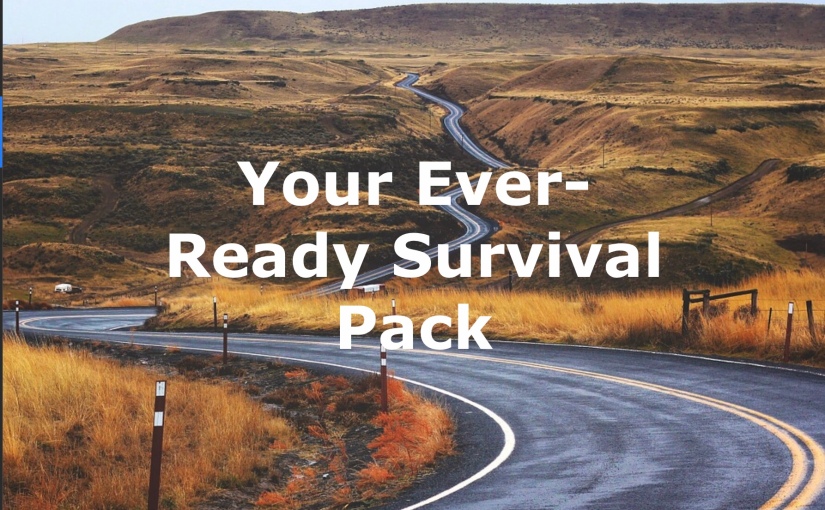 Life, I think you’d agree, is not a straight line from here to there, from poverty to riches, from ignorance to enlightenment. It’s a gnarly, windy road that can lead you astray, if you let it. Being human, we often let it.

One of my all-tine favorite quotes is a simple piece of profound wisdom that can instantly act as a survival pack on that road you and I are walking. When all has gone off track, this quote gives you all you need to get restarted.

As with most useful quotes, it’s often changed and misattributed. It’s normally attributed to President Teddy Roosevelt or tennis great Arthur Ashe. The Roosevelt attribution is a little closer as the quote comes from his 1913 autobiography. However, he uses it quoting Squire Billy Widener.

Do what you can, with what you’ve got, where you are.

It all seems very simple, but how often do you and I place all kinds of conditions on beginning a change? We’re always looking for a better time, a better place, a better situation. Those are myths. They don’t exist or, if they do, you’ll wait your life away in the hope they might one day arrive.

You don’t need them. You have your ever-ready survival pack in this quote – Do what you can, with what you’ve got, where you are. You have permission to use it without orders from headquarters.

In case no one else has told you today, YOU are amazing! Rock on!