We’ve now had our weimardoodle puppy, Harper, for five weeks. She’s etched herself into our hearts. We’ve experienced our first trauma together.

After three visits to the vet, a cone, and misery, Harper was diagnosed with Puppy Strangles. It’s a relatively rare autoimmune condition that can get much more serious if not caught early.

I think the whole thing has bonded, myself, and Harper more strongly. With the right diagnosis and medicine, she’s already on the mend.

It’s brought to mind Mia – our 16-year-old we lost in January. We went through many traumas together in her long life. I believe that played a huge part in bond we eventually developed and the pain involved in losing her.

Those 16 wonderful years are filled with amazing memories. But, the reality of daily life is that it goes on. Even cherished memories with loved ones pass into the dim mists of time when compared to the vibrancy of the present.

A puppy is as present as it gets. They engage your time, energy, and attention. They add to that sense of being in the now.

I’ve learned in this process that I did have enough love for Mia’s memory and for Harper. The two complement each. They don’t conflict.

Now is now, though, and then is then. It’s part of the human experience. It happens with loss and change and the passage of time. There’s little we can do about it.

I’m concerned, though. Mia was an amazing companion. I’m not ready for her memory to slip away and become obscured by the power of now.

If we had only to rely on out faulty memories. We’d be sunk. Fortunately, Mia became part of who I am. It’s made me a better puppy dad this time, a better grandfather, and more perspective on the cycle of life. Mia can never leave or be forgotten because she lives on in me. That’s comfort.

So I throw myself into the burning fire of the present and into building a new bond with this new puppy., knowing that as we go, she becomes part of me too.

Just in case no one else has reminded you today, you are awesome!

This our beautiful black lab, Mia. She’s been my daily shadow for 15 human years. 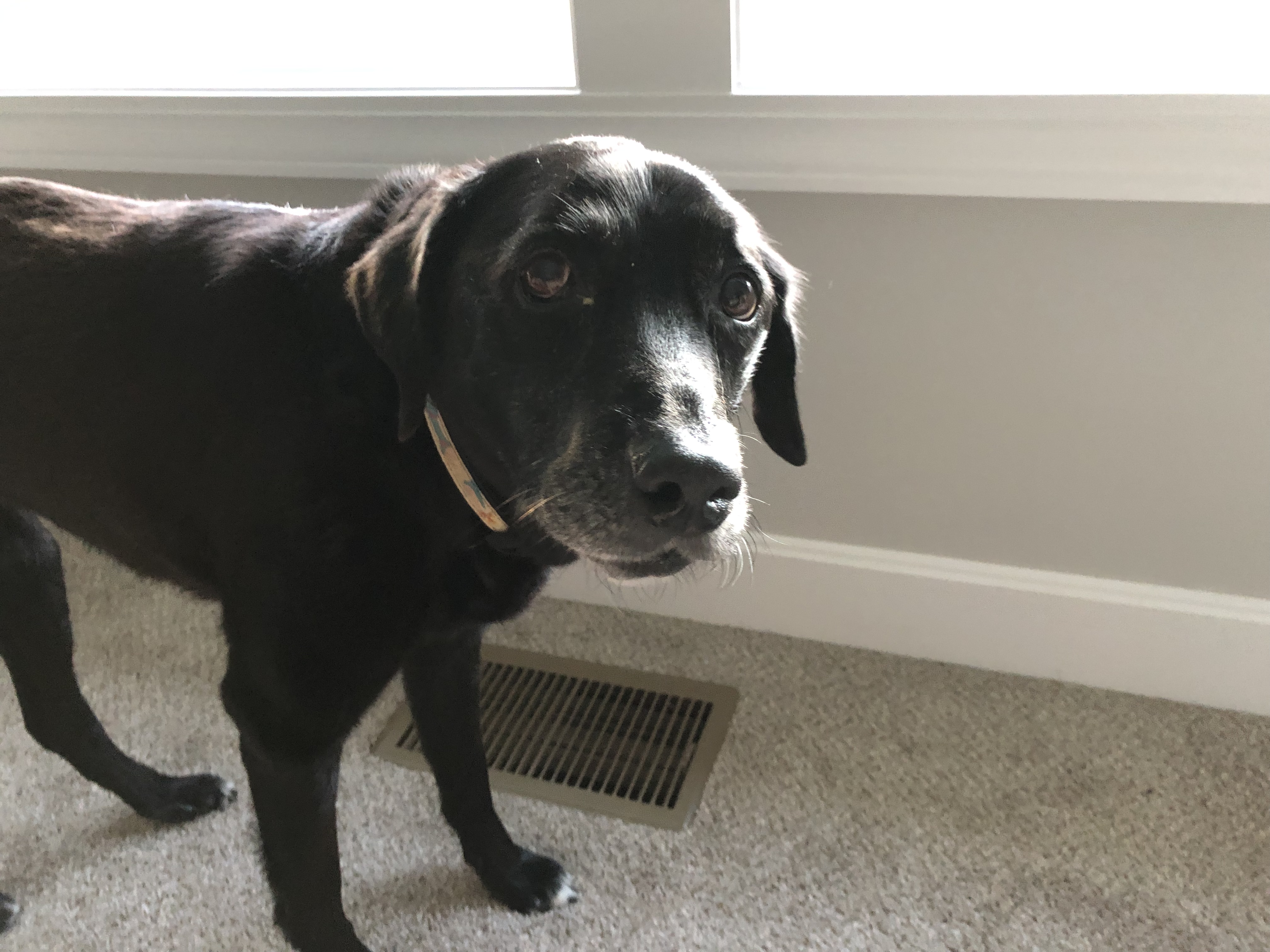 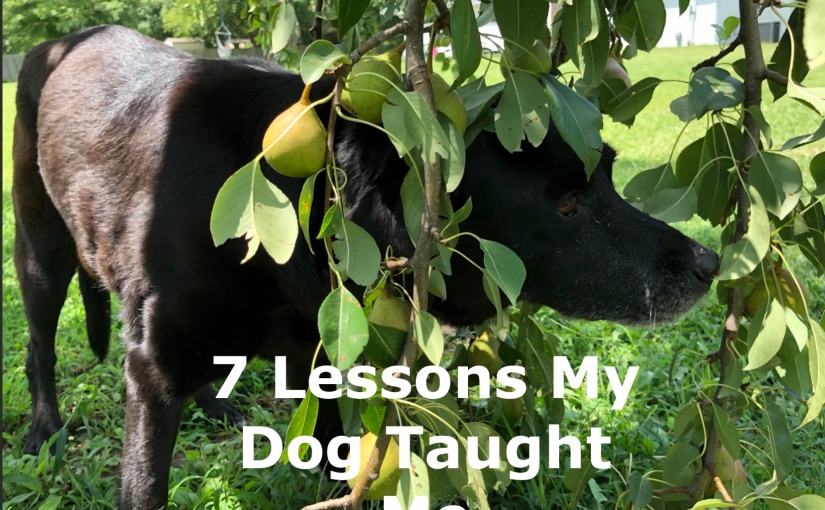 This article is from 2008. Mia is 15 now. I’m still learning from her. Let’s go back in time to what she was teaching when she was three.

Mia is our beautiful three year-old black lab. She is doesn’t know it, at least I don’t think she does, but she is a master teacher on the subject of life – a kind of canine Confucius. You see, she lives her life the way many of us set out to live ours. She knows what she wants and she goes for it and she never gives up.

You can characterize this trait as persistance.

When Mia wants something she can be highly persistent. For instance, I rarely get to sleep in on weekends anymore. Mia usually makes sure I’m up no later than 7 a.m. She doesn’t have to go out she just wants me out of bed. She has a very subtle approach and a clear strategy. She doesn’t bark or run around the room.

No, Mia persists with kindness.

It usually starts with her getting up on the bed and finding a way to lay her head on my chest.This is usually enough to wake me up. Then the licking begins. She licks my hand until I sleepily hide it under the pillow. Mia persists. She inches up her way up so that she can lick my chin.I’ve always been a night owl. On nights when I don’t have to go into the office the next day, like Friday nights, I’m often up late reading or working. So, I’m pretty determined to sleep in until at least 8:00. Mia, however, has different plans.

She’s probably spotted squirrels out playing in her backyard. She is, afterall, the fiercest squirrel warrior in five counties. She wants me to get up and let her out.  I want to sleep for a little longer.

Now she works her way up to my ear and starts licking. I’ve had enough and I tell her to go lay down. She complies, but she doesn’t give up. Mia persists. Usually, within five to 10 minutes, she’s back. She jumps up on the bed and plants herself on top of me with a sigh. She thinks she’s a lap dog even though she weighs 55+ pounds.

I hide my hands immediately. I mean I’m smarter than the dog, right? So, she starts with the chin and starts inching her way up until she’s licking me right on the face. Not one or two kisses, mind you, but a full barrage designed to end the stalemate.

Sometimes, depending on exactly how late I’ve been up the night before, this can go on for two or three cycles before I concede the point and get up and let her out. On the mornings this strategy doesn’t work, Mia has back up plans. Mia persists.

She waits until I’ve just dozed off again and then she sits at the edge of the bed and makes “crying sounds”. It’s like one of those alarm clocks that starts out low and grows louder until you turn it off. If this doesn’t work, Mia persists. If this strategy doesn’t work, she turns to her last hope – April. She starts bothering April. She’s not really trying to get April to get up. She just wants April to convince me to take her out. I usually don’t make it to 8:00.

Looked at in one way, not my tired early morning view, it’s all pretty humorous.

Persistence is one of those attributes that helps you go where you want to go in life. Unfortunately, you sometimes lose steam along the road to your dreams.