You probably know that the first hurdle every prospective drug must jump is The Placebo Effect. Did you know, though, that it averages about 22 percent?

I’m not surprised is you didn’t. It’s not a number the pharmaceutical industry has a vested of interest in advertising. That means, on average, patients taking a pill, with no known curative affects, get better 22 percent of the time just because they believe they’re taking medicine that will help them.

That’s WITHOUT even trying. Imagine how powerful your mind can be when you focus on an outcome.

It’s not to say that we don’t need medicine or that our thinking alone can heal us. I think it’s powerful tool in your toolkit, though, and one you certainly want working with you and not against you.

Your beliefs and your words have so much power! They can help you be braver, stronger, and more resilient. Here are a few #Rayquotes to add to the magnificent manifester that is your mind.

Have you ever been on an absolute mission to get something done? You’re on a deadline at work or you’ve got errands that need to be done before you can play? It’s amazing how much faster you move, how much more focused you are when you’re on a mission, isn’t it?

Obstacles don’t seem like obstacles because you’re determined to push through to the end. Distractions fade into the background because all you see is the goal.

The great Henry David Thoreau wrote the following in his seminal work, Walden.

I learned this, at least, by my experiment: that if one advances confidently in the direction of his dreams, and endeavors to live the life which he has imagined, he will meet with a success unexpected in common hours. He will put some things behind, will pass an invisible boundary; new, universal, and more liberal laws will begin to establish themselves around and within him; or the old laws be expanded, and interpreted in his favor in a more liberal sense, and he will live with the license of a higher order of beings. In proportion as he simplifies his life, the laws of the universe will appear less complex, and solitude will not be solitude, nor poverty poverty, nor weakness weakness. If you have built castles in the air, your work need not be lost; that is where they should be. Now put the foundations under them.

He was describing this state, this zone you get into when you go confidently in the direction of your dreams.

Joseph Campbell summarized this idea, “Follow your bliss and doors will open where before there were only walls and where there would not be a door for anyone else.”

Thoreau promises, when you get into this zone, that you will meet with success “unexpected in common hours.”

To me, his reference to common hours here is a reference to ordinary consciousness or our ordinary thinking. He’s describing a state where you’re transcendent, on fire for your purpose.

When you’re in your normal thinking, all you can often see is the reasons WHY NOT about your goals in dreams. When you move into this uncommon state, your dreams appear right there for you. You experience that Saturday morning push to get the chores done, but sustained and in steroids. You’re on a mission and it shows.

One last word about this altered state for success. It’s not a stress-filled Type-A mindset. It’s the opposite. Thoreau discovered this state while living in solitude and simplicity. Stress is the ego talking. “Move out of the way,” it proclaims, “I’ll do it.”

You give up that need for control. You become a vessel for the process. This is the Tao that does nothing g, but leaves nothing undone. This is the message in the Bhagavad Gita to detach yourself from outcomes and just purely and simply act.

You’re not writing a book. There’s a book that wants to be written and it’s using your mind and your time to achieve its end. It’s a subtle but powerful shift in consciousness.

When you let the universe unfold in you in this way, you will go confidently in the direction of your dreams and achieve what you could never have imagined.

Today’s Thought:
Success is the natural outcome of me being me.

Most of us have it as a goal to be successful. Yet success means different things to different people. It’s important that you define what success means to you. Otherwise, how can you know you’re on target to achieve it?

A few years ago I asked my Twitter followers to complete the phrase success is. Maybe some of their answers will resonate with you. I’d really enjoy hearing what success means to you in the comments below.

A HUGE thank you to my wonderful community of Twitter followers who always come through! Links to each of their Twitter profiles are provided, if you’d like to follow any of these amazing human beings.

Just in case no one else has reminded you today, you’re AWESOME! 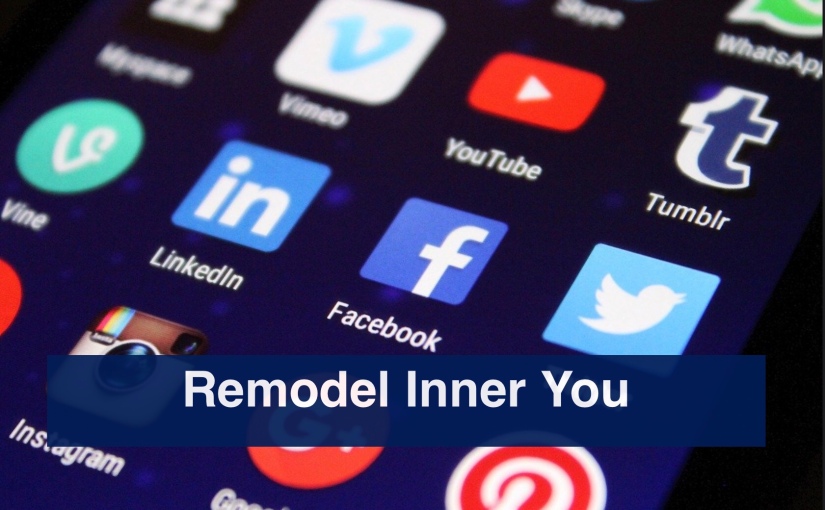 In the infinity of time and space, the coming of another orbit of the earth around our Star is barely noticeable. Yet, for human beings these passages are deeply meaningful. They help us separate our lives into meaningful chunks.

The coming of a new year is a time we all reflect, set new goals, and make promises about the person we’re goi g to be during the next 365 days.

What promises, goals, and resolutions have you written down or made mental note of today and how will you track your progress? Here’s an easy measure applicable to anyone participating in social media. Remodel your inner self to be the person you project yourself to be on social media.

For those who use these platforms, you’ve already created this idyllic version of your life that you’re supposedly living. To get better in 2020, simply start aligning your reality with that projection. It’s not fake if you make it real.

The trivial, mundane, and unimportant can steal our dreams, if we allow it. Use these affirmations to maintain your focus on what matters.