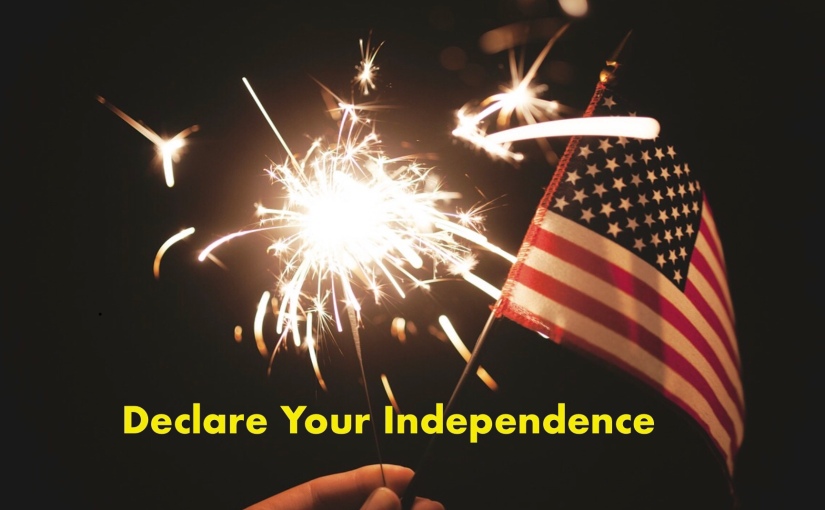 Two-hundred forty three years ago today 56 men signed a document that declared something never attempted in world history. Free citizens declared their independence from their government.

The Declaration of Independence outlined the grievances and reasons the Continental Congress chose to break with the British Crown. Boiled down, the signers believed their ability to pursue their natural rights as human beings were being suppressed by staying under King George’s thumb.

At the signing, there was little hope of success. Yet, they risked their “lives and sacred honors” for the hope of freedom.

This day is a great day to reflect on the people, things, and circumstances you need to declare your independence from. What’s limiting you and holding you back? What’s stealing your freedom as a human being to pursue your highest self?

It’s worth thinking about and acting upon. Just as those brave men did all those years ago. Your freedom to be you is the foundation of all the success and happiness you seek. Never sacrifice it to convention or the status quo. Sometimes you can adjust within your current relationships and circumstances. The key is knowing when declaring your independence is the only way forward.