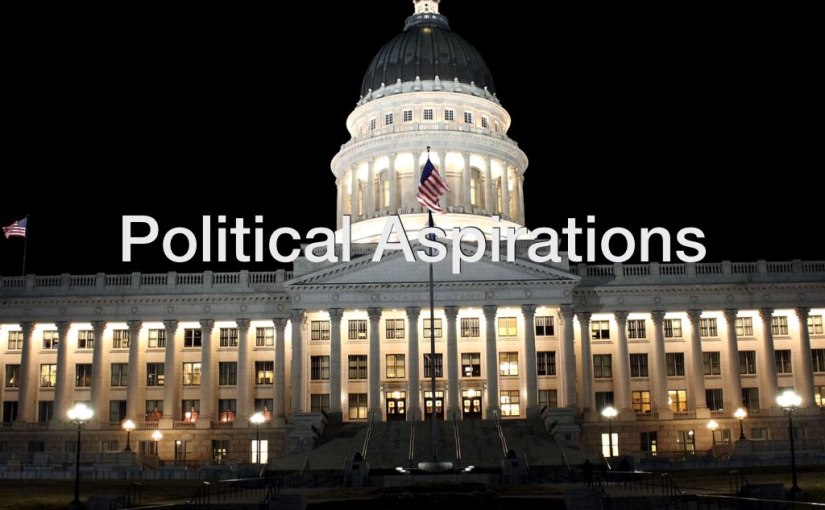 There’s an old political adage that says, “You get the politics you deserve.” While that seems kind of harsh, given the politics we have, there’s a lot of truth in it.

Our politics, in the western democracies, is a mess. We’re supposed to be beacons of human freedom and peace and justice, but we are less and less so all the time. Those high vibration ideals are often drowned out by lowest vibration politics that panders to fear, division, and avarice.

As the situation progresses, many well-meaning people tune out of politics, considering it wasted energy and not an avenue for addressing their needs or powering their aspirations. This only pours more fuel on the fire as it powers low vibration actors across the spectrum.

At it simplest level, politics is simply the means by which a civilized society shares ideas, shifts paradigms, and makes decisions. In a democracy or a democratic republic, those decisions are supposed to represent the will of the people. The truth is today they reflect powerful special interests that use their domination of the economic, political, and media systems to sell narratives to the populace, again using those lowest vibration arguments. The net of this is the will of the people is subverted by fear and misinformation.

Power Hack: Here’s why I agree with that old adage, though. You and I and our fellow citizens could change this situation in an instant, like a dog shaking off water, if we were able to organize around our common interests, cease our divisions, and turn our attention to those subverting the dialogue.

We must immunize ourselves against those messages by doing the work to weed them out in ourselves. We must demand politicians who speak to highest vibration energies like love, compassion, freedom, and peace. When we don’t have them, we must stop electing them and elect candidates who do speak the the best in humanity.

Widespread support for leaders who speak for and act on higher vibration ideals, can and will transform our system into something that not only ends our immediate negative outcomes, but builds a foundation on which to build a different future for us all.

Don’t give up! Real political change is possible when we make it possible in ourselves.

Do you believe in humanity’s potential?

I’m surprised at the dim view so many people have of our human race. Even many people who pursue a spiritual or personal development path look at the world and shake their heads.

It’s always seemed like a contradiction to me to believe that you can better yourself through techniques, practices, and ideas, but not see that the same is possible and necessary for the species as a whole.

Life experience and the news have skewed many of us to believe we are a hopeless, maybe sinful, maybe unenlightened lot without hope of change. I believe that mindset has sunk in so deeply for so many that they have given up on trying to better the world. They pursue their path for themselves and leave the world to itself.

To me, this negative view of humanity is the result of garbage in, garbage out. We have been fed garbage thinking about ourselves for so long that we don’t know how to see humanity any other way. What if we fueled our minds with better visions?

I want you to imagine for a moment a world where 7 billion people had their basic needs met and were allowed to fly after their dreams. What if everyone had the time, the opportunity, and encouragement to do what you’re doing for yourself?

As powerful as your own transformation is, wouldn’t it be amazing to live a world where everyone had that vibe, that energy, and that intention?

Many of our political and religious philosophies claim this not possible. By their reckoning, we are forever doomed to be 7 billion fragments of a whole pursuing only what gratifies us in this moment and creating conflict when what we want crosses what someone else wants.

I wonder. I’ve always believed this is a game of critical mass. It is the critical mass of our collective thinking, actions, and beliefs that have in EVERY SINGLE way created the world we have.

“Ray, Ray, Ray. That all sounds nice. It’s a beautiful but naive Utopia. What a magnificent and impossible vision. ‘They’ would never go for it.”

Would you? This isn’t really about any proverbial “them” that would never agree to live that way. It begins with us – you and me.

Are we willing to go to the mat for that kind of a world rather than staying stuck in the trap of self-identification and difference? Are we willing to stop scapegoating others and make the changes we need to make to see that through?

If you believe, as I assume you do if you’re reading this blog, that what you think can transform your life; then why can’t what WE think transform our world?

There is no law or decree that says we must live in chaos, conflict, and suffering. We can choose different thoughts, different actions, and different results.

It all starts with you and me! Fear and habit are all that stand in our way.

Have an awesome day! I love all of you! 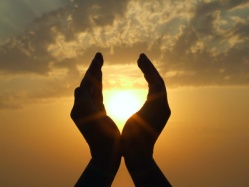 Most people in our modern world are aware that their DNA – the building blocks of our bodies – are passed on to us by our parents.

Attitudes and thought patterns are passed along in much the same way. Early on, our parents have the strongest influence and later our peer groups. Then, of course, we are all impacted by societal mental soup in which we swim. Few would argue that our own personality is in there somewhere impacting the person we become. However, we unconsciously accept and create models of the world based on how those around us see it.

The end product is often a human being holding strongly to beliefs he or she had almost no role in creating. Yet, our connection to those beliefs – that model of the world – are so strong many are willing to kill and die for them.

The question is sometimes asked, “If humans were capable of changing wouldn’t we have already changed?” The assumption in that question is that we cannot change because we have not changed.

Ethnic and religious wars spring up in our world over the simple right of the other to exist. Humans have and continue to enslave humans. Military, political, and economic empires are built on the sweat and tears of people we never see.

Can we change? Well, my answer is yes and no. If our plan is to unconsciously continue inheriting, then no we cannot and we will not change. On the other hand, if we choose become consciously aware of this habitual “mental DNA”, we most certainly can see an end to the unconsciousness.

Without artificial interference, there is little we can do with the physical genes we get other than make the most of them. Fortunately, our mental genes can easily be changed by us whenever we choose.