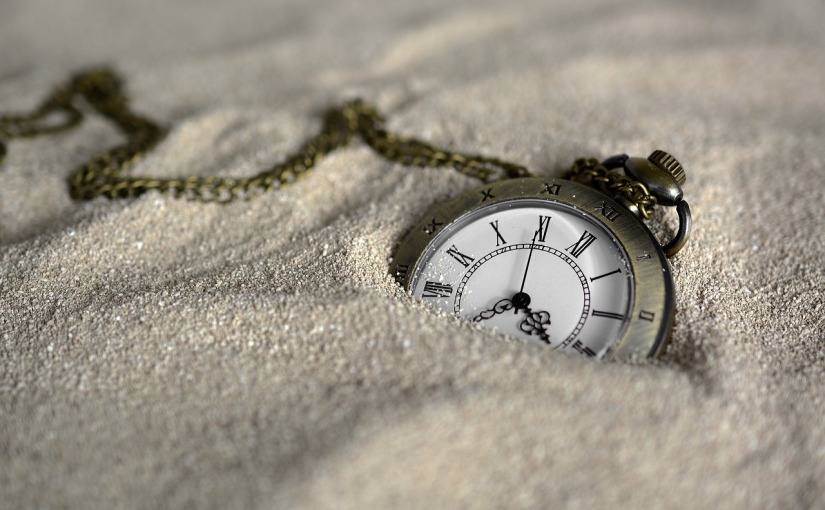 If I could save time in a bottle…

I want to begin this blog by expressing my sincere gratitude for Laurie Buchanan. We are on Day 88 of this journey together. She has been kind enough to like every single of one of these posts. Please check out her blog Tuesday’s With Laurie.

The late Jim Croce opened his massive 1973 hit song with the words above. Since time immemorial, humans beings have had a desire to stop time, save time, reverse time. This turns into billion dollar industries to make us look and feel younger.

Mark Twain quipped near the end of his life that, “Life would be infinitely happier if we could only be born at the age of 80 and gradually approach 18.”

The great Spanish explorer Juan Ponce de Leon is said to have sailed the world seeking the fountain of youth. Siddhartha Gautama (Buddha) stated firmly, “All composite things are prone to decay and pass away.”

Soap Opera aficionados will know this famous opening to the show Days of Our Lives that has been reminding them of the tick-tock of time in its opening for decades.

While quantum theory and other scientific speculation give us hope that time travel may one day be a possibility, time remains an intractable adversary for everything that lives and breathes.

Years ago, I had a fascinating dream. I occasionally have dreams where I’m being shown things and guided by a wise voice. In that dream, I was shown simultaneous images of clocks spinning rapidly into the future, seasons coming, going, and coming again, and a calendar showing years passing in rapid succession.

At some point, the clocks, the seasons, and the calendars began to move rapidly backwards. They passed the present and moved back into the past. I began seeing visions of historic events. The wise voice was telling me this is all an illusion, a facade, literally a stage with us playing roles as Shakespeare described it. The voice told me that time is meaningless beyond the veil of existence, but that it’s part of the game we have all agreed to play by coming here.

The voice informed me that a demonstration was in order. The dream ended with me looking at a panoramic view from a mountaintop. As I watched, reality broke apart like glass shattering into a billion pieces. The pieces rushed toward me in a swarm. I awaited the collision, but they passed right through me. I was left standing in an absolutely pristine white environment. The voice told me that what we call time and reality are all an illusion we create to have a playground for our souls.

Power hack: Ray, that’s all really cool, but what does this have to do with my personal development? Time and it’s drag on us is a universal experience. Its effects can steal our motivation by telling us we’re too young or we’re too old to accomplish something. As we do get older, we begin to lose people, capabilities, and experiences. Because we are attached, it saddens us.

What if you took the wise words of the voice in my dream to heart? What if you realized at a profound level that time and our reality are all a game we have chosen to play? Maybe it’s not all as serious and final as it seems. Maybe the cycle of life is a great teacher allowing you to experience things from different perspectives. Maybe, just maybe each period of our life has its opportunities and challenges that we have the choice to ignore or make the most of.

Although you cannot yet put time in a bottle or stop its flow, you can accept with grace the wisdom you gain as the years go.. You can’t break anything. So have fun!

Thank you so much to those of you who have subscribed to my YouTube channel. For those who have not, you can find my latest affirmation video here. Thanks for your support!