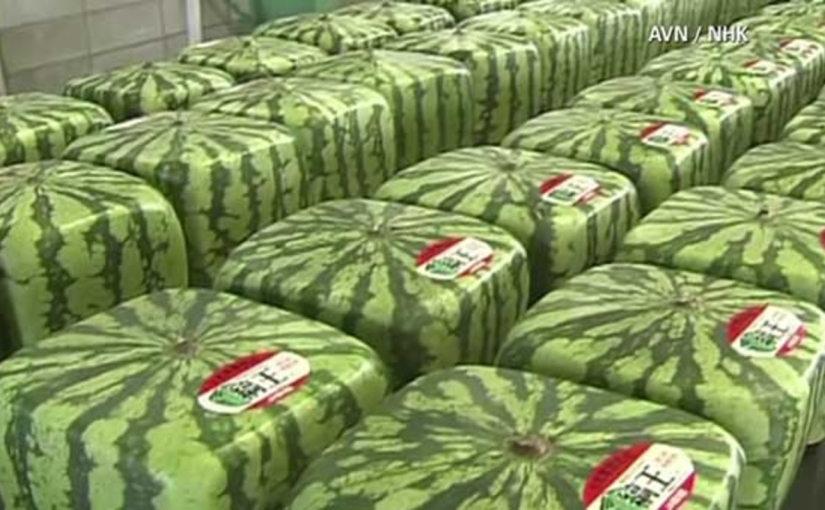 The answers to problems often seem crazy at first.

How inventive are you? Do you see a roadblock or an opportunity when you encounter a challenge? When your million dollar idea comes along will you recognize it or dismiss it as crazy?

Innovation is not always miraculous. Sometimes it’s simplicity. It’s born of necessity and an otherwise ordinary idea meeting in the right time and place.

We’re all constantly told to “think outside the box” when we need to be creative. However, in Japan, they solved a problem by thinking inside the box.

Japanese grocers had a problem. Their stores are much smaller than American stores and so space is limited. Watermelons take up a lot of room and they don’t stack neatly in a tight space.

A natural response would be to say that watermelons are round and that’s just the way it is. However, Japanese farmers decided that if the grocers needed square watermelons they would come up with a way to do it. As it turns out, watermelons will grow in the shape of a square when they are planted in a square box.

Japanese consumers, who also have smaller refrigerators, loved the new watermelons. Farmers were able to sell the melons at premium prices. Everyone won.

I originally received this story about 11 years ago by email. At the bottom of the message its originator offered this outstanding analysis on how you can be a more inventive and creative problem-solver.

Square watermelons are not impossible and neither, more than likely, is the problem you’re trying to solve. Look with a fresh pair of eyes. And whether in or out of the box, let your spirit of invention lead you to success.

Are you a Truth-seeker? You might enjoy The Seiker Podcast hosted by my friend and 6 Sense Media co-founder Dennis Nappi II. From the paranormal to future tech to the issues of the day, Dennis always provides a unique perspective on the world around us.