Today’s Affirmation:
Today I choose an open heart over a narrow mind. 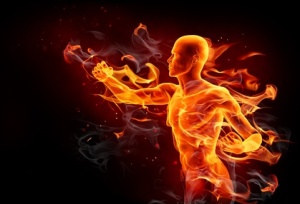 As you know, I try to keep things on the positive side in this blog. Sometimes, though, certain things need to be said. Hang with me. I promise I bring this back to the positive in the end.

Mark Twain once wrote, “There are times when one would like to hang the whole human race, and finish the farce.”

I admit to feeling a bit like this in recent days, as I watch the global uproar over the film Innocence of Muslims and, frankly, just the pettiness going on among nations, religions, and people right now. I’m having a a Twain moment this morning and so I decided to write it out and share it with you.

I have a plan for world peace. It involves the kind people of Australia evacuating their fine continent for six months – I figure that’s about what it will take. A free plane to ticket there for every hyper-nationalist, radical (well, you name the religion), political “leader” who loves playing generalissimo, media personality who loves to glorify, excuse, and fan the flames.

The plan is to send all these groups to Australia – all expenses paid. They are allowed to have whatever weapons they want minus chemical, biological, and nuclear.  We let them have their Armageddon Nirvana to their heart’s content – have it out once and for all about who knows the mind of God, who has the only right political or economic ideology.

After six months, we all pitch in and pay to rebuild the beautiful country of Australia and the other 90% of the people on this planet get on about the business of building positive future for humanity.

Admittedly, that plan is probably too expensive and a little mean-spirited – though it gives the angry, violent, and doctrinaire among us precisely what they say they want. A far simpler plan could be to make four simple words our mantra: Live and let live.

I know, I know. It’s crazy difficult not to make films that blatantly disregard other people’s faith. It’s lunatic fringe not to take to the streets and kill innocent people in response. It’s dreamland that two great nations like China and Japan could agree to share islands that lie halfway between them and develop their resources together. It’s out of the question for the leaders of Iran and Israel to show a little humility, humanity, and respect for each other rather than constant threats. It’s silly to think that world’s greatest superpower wouldn’t be involved in covert and not so covert actions to destabilize regions and overthrow governments.

There’s a story of a conquering king who went to see a Buddhist monk to see what the most important teaching is. The monk replied, “Do no evil, do only good. Purify your heart.” The king retorted, “Every child of 5 knows that.” “Yes,” replied the monk, “but few men of 80 can live it.”

Let us all work today to be part of the few who do. Let us allow these events to propel us to something better – who we are truly capable of being as people and as a species. Let us cease playing our role in mindless and repeating nighmares that bring suffering to us all.

Every child of five knows this. Are you one of those who will get it before you turn 80?

Peace and prosperity to each and everyone of you!